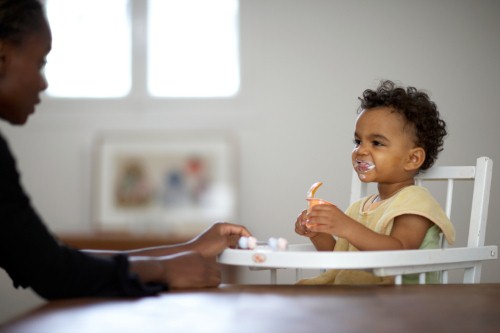 Language is an incredibly complicated subject. The vagaries of grammar, the appearance and disappearance of vocabulary and the subtleties of dialects are all topics that researchers spend years studying. And yet, most four year olds have a pretty solid grasp of many of these difficult aspects. So, how do babies learn to speak?

Even with the most modern tools and vast reservoirs of information about the history of language, most scientists feel no one really knows. However, there are a few things that they agree are fundamental to how infants develop language.

Built-in skills
Most scientists believe that humans possess some inborn understanding of grammar and syntax. This theory, famously trumpeted by linguist Noam Chomsky, says the similarities of the structures of even the most distant languages suggest that we are hardwired to approach language with a certain amount similarities across time and culture.

Physiological components
Part of developing language is based within the mind, but a lot of it is purely anatomic. Recently, researchers have devoted a lot of time to studying how babies learn to control the parts of their bodies - their lips, their throats and tongues - that produce sounds. According NPR, they found babies as young as 12 months have the ability to process speech-sounds differently than they process other noises. Amazingly, infants brains can recognize these sounds and then recreate them with their own bodies.

"The brain is going into its environment and selectively grabbing out sounds that have to do with speech and processing them in a completely different way from the way other sounds are being processed," neuroscientist Bill Greenough told the news source.

Over the last few years, scientists have discovered a great deal about how young children learn to speak - and they have learned there's a lot left to reveal.