Distract Yourself From Your Nicotine Cravings With Exercise 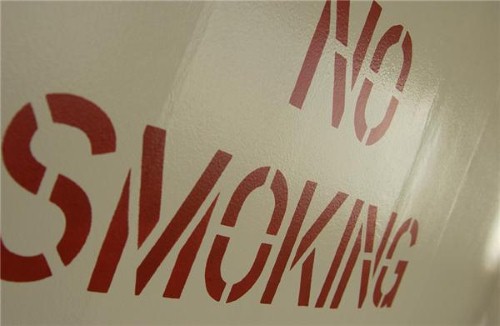 Anyone who has ever quite smoking - or tried to and failed - knows how difficult it is to pull off. In fact, it's considered to be every bit as difficult a habit to kick as some of the most dangerous and addictive drugs, some of which are no more lethal than cigarettes, just much quicker to kill.

People spend millions on products to help whittle away at their developed dependence on nicotine - patches, gum, "electronic cigarettes," prescription medications, psychological conditioning treatments, and so on. The money, when totaled up, might be shockingly similar to how much these poor souls were spending on smokes in the first place.

However, a recent study funded by the Centers for Disease Control and Prevention found that a structured regimen of physical activity and exercise may be just what a smoker needs, if he's desperately trying to be an ex-smoker.

The research specifically involved young people - the average age of those tested was about 16 years old. When these half-pack to pack-a-day kids were provided with a motivational program consisting of group activities, role-playing, advice for healthy living and other benefits, which was then coupled with an emphasis on exercise, those that were willing to adopt those behaviors on a trial basis had significant luck with quitting.

Taking this into account for a moment, there's really no way that such practices wouldn't at least have the potential to work for you, even if you're a long way away from 16. Consider this - smoking is a regimented activity, with near-ritualistic behaviors and a certain sense of clannishness. The same is true of exercise, but in ways that are much more positive.

Try to devise an exercise plan that's manageable with your schedule, and stick to it. If you do, it could distract you enough to suppress those horrid cravings. While excessive exercise can be addictive too, it's not nearly as life-threatening.

If you smoke, how addicted do you think you are?