Seniors Use Wii For Exercise 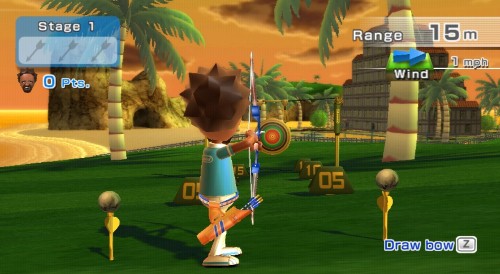 Staying fit is a serious difficulty for many senior citizens. As their bodies age, the importance of exercising increases, even as their ability to do so diminishes. Retirees in nursing homes find it especially hard to remain active. With this in mind, many are turning to video games.

Although this might sound strange at first, it is something that retirees, staff and even doctors believe could be a viable way to promote health to the aged.

There are multiple consoles and games available, but Nintendo's motion activated system, Wii, is the most common for seniors. With bowling, boxing and tennis, there are many ways for seniors to engage in activity, and not just virtually.

"It could be a real asset for rehabilitation and increasing physical activity," Stacy Fritz, director of the Rehabilitation Laboratory at the University of South Carolina, told Bloomberg.

Although it isn't necessarily a perfect replacement for the real thing, using Wii to exercise is better than many alternatives for seniors, which is often nothing. Scientists believe that it could help increase coordination, cardiovascular activity and even diminish the effects of a stroke, according to the source.

Although this particular use may not have been envisioned by Nintendo, the company did design the console with an eye toward expanding the traditional market.

"I think what we were able to do was to make video games fun, accessible for a group of consumers who never had thought of themselves as video gamers before," Nintendo America's president, Reggie Fils-Aime, told NPR.

Although many of the elderly gamers aren't always adjusting immediately to the technology, a great deal of them are finding the process easier than expected. One reason is that Wii uses activities well-known to many members of the older generation. Bowling, especially, is a familiar pastime, even if the mode is a little different.

"Much different, much different, because you don't stand as close to the television, you know, as when you're bowling with the ball," Willa Mae Graham, an 81-year-old who uses Wii for exercise, told NPR.