Tips To Keep Your Car Safe From Thieves 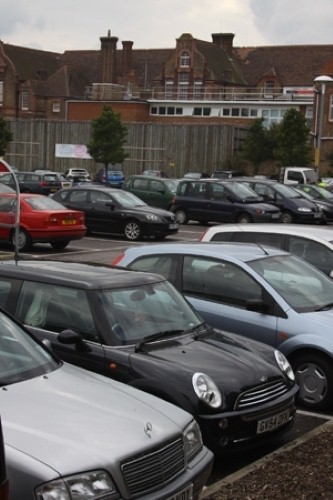 When the numbers officially come in, 2011 will likely be another consecutive year of declined car thefts, according to the National Insurance Crime Bureau. As security features, awareness and the economy improve, the number of cars stolen continues to decrease. However, stolen cars are an enduring problem and four of the top ten cities in terms of per capita theft increased in 2011, according to the source.

To avoid having your own vehicle stolen, here are few simple tips.

Easy steps first
Most car thefts could be simply prevented. Lock your doors, roll up your windows and park in a well-lit area to knock out the most common sources of theft. These tips may seem like simple measures, but the failure to keep them in mind result in a large share of stolen vehicles.

Add a device
After that, adding a warning system or alarm to your car can be a solid second line of defense. Many cars come with these installed, so check to see if you're already protected. If not, installing one is simple and inexpensive - a minor cost for what could prevent a major loss. There are different styles depending on your needs - options include those activated when a locked door is opened, when a window is smashed and when a car is started without a key.

Extra safety features
Beyond alarms, visible protection can deter even a determined criminal. Steering wheel locks, decals and identification numbers make the act that much tougher for thieves and are relatively inexpensive.

Further options
For those still worried about their vehicle's security or who live in an especially theft-prone area, there a few more tactics. Keep desirable objects out of view - or out of the vehicle altogether - and avoid deserted areas and late-night/early-morning parking. Finally, if you really want to minimize your risk, pick a car that is not commonly targeted.

"You have a better chance of not having your vehicle stolen if it isn't one of the vehicles that are very popular with auto thieves," Kevin Kelly, a highway patrol officer, told Insurance.com.