Eating Lunch At Your Desk Might Not Be The Best Idea 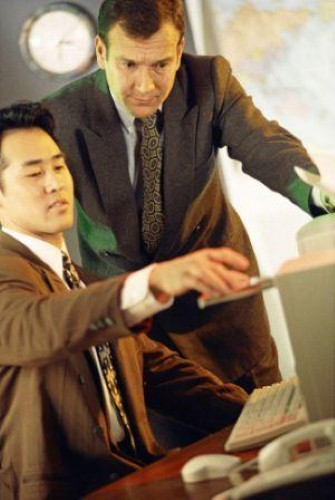 The day in the life of the average employee working an office job in a corporate setting can, in most instances, only be described as hectic. Fast-paced, frantic, rushed, harried - the list of applicable synonyms could go on for paragraphs without adequately illuminating the intensity of many individuals' routines in this situation.

As a result, it's not the least bit surprising that in a survey of 751 workers throughout North America, the majority of respondents claimed that they ate lunch in a hurry, at their desk, without actually taking a break. Or, worse, they said that they didn't take lunch at all during their shifts.

It's perfectly understandable if once in a while, you're working so hard you miss a lunch, such as when you're on a particularly rigid or problematic deadline. These things happen. However, when it becomes a habit, that's when problems can arise.

Right Management, a subsidiary of the Manpower staffing agency group, conducted the survey that revealed this fact. All told, a total of 35 percent of respondents took a real lunch break. Among remaining individuals, an almost-equivalent 34 percent usually ate at their desks, followed by 15 percent who occasionally took lunches and 16 percent who rarely or never took them.

One of the figures behind the survey, Michael Haid of Right Management, said that on a long-term basis, employees skipping lunch didn't help with their job performance. If anything, productivity suffered when refreshing breaks that boosted mental and physical energy were eliminated. He speculated that this might indicate that companies were applying excessive pressure on their workers to motivate them to neglect such basic personal concerns.

What this all comes down to is a matter of personal preference. If blasting through your workload with a bare minimum of breaks works for you, don't fret. But if you find that all you're feeling as a result of this habit is exhaustion and disaffection, do yourself a favor and step out for a sandwich or a salad at the first opportunity.

How do you approach the dilemma of taking or skipping lunch at your own job?