The Real History Of Independence Day 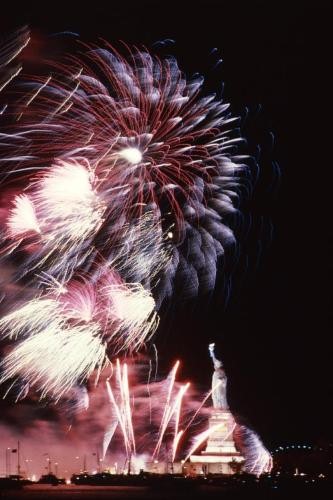 Most Americans will spend the Fourth of July celebrating with friends and families. Barbecues, boat rides and fireworks will make the day special for many, but few will know the real history of the holiday.

Most people know the basics: the signing of the Declaration of Independence and the birth of the nation. However, the history of Independence Day is much more nuanced and interesting than that. Here are a few of the less-well-known pieces.

The beginning
It's hard to pin down the exact date that the Declaration was signed - it was introduced on June 7 and adopted on July 2, according to Forbes.

"The Second Day of July 1776 will be the most memorable Epocha in the history of America," John Adams wrote to his wife, Abigail, at the time.

In actuality, however, the Declaration needed one final approval, which it received on the Fourth, hence the current tradition.

Despite this, the historic news didn't reach the public until July 8th, according to PBS. When the public got wind of it, bells rang and bands played across Philadelphia - where it was signed - as they celebrated the legendary event. A year later, on July 4th, 1777, the city again marked the occasion with bonfires, bells and, yes, the first fireworks.

A tradition is born
Despite being slightly apocryphal, the date remained important throughout American history. Many famous events were scheduled to occur on the Fourth, in an homage to its famous pedigree. New York's legislature voted to end slavery in the state on that date in 1827, for example.

Musical accompaniment
The holiday's famous anthem, The Stars and Stripes Forever, wasn't adopted until 1897. It was conducted by John Philip Sousa, its composer, at the Manhattan Beach Music Hall, although it was not created specifically for the occasion.