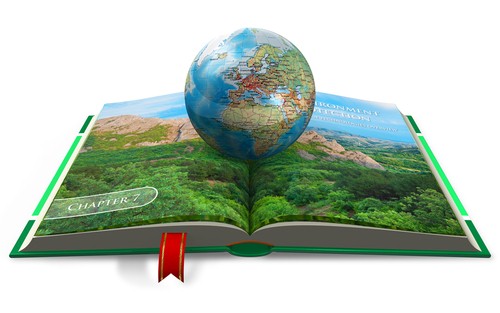 Although it is a singly country, the United States is an incredibly diverse nation. From the Mediterranean-like feel of Southern California to the frigid winters of Maine, America encompasses just about everything you can imagine. In many ways, this is ideal. Vacations to different climates are a breeze and experiencing a different culture often requires little more than a short bus ride.

However, this great diversity also means that American's lives are often drastically different. If you're looking for a specific lifestyle, you'd be well served to research how the different regions compare. One of the fastest growing cultural segments is the green lifestyle. And, just like many other ways of living, the environmentally-friendly approach is very different depending on which state you live in.

To help get a sense of which states excel at promoting and fostering an environmentally-friendly life, here is a list of some of the country's greenest states.

Idaho
Although many people assume the greenest locales are on the coasts, this landlocked state has a lot going for it in terms of environmentalism. It produces the most renewable energy in the country (relative to population), according to the Huffington Post. With diverse terrain and many rivers, Idaho also produces a large amount of hydroelectric power.

Minnesota
Another northern state, "The Land of 10,000 Lakes" is known for its high number of green businesses and energy-efficient buildings. Despite its frigid winters, Minnesota remains tries to keep its power usage low and to encourage smaller homes to maximize energy.

Vermont
Vermont is a tiny state - both in terms of population and area. Therefore, it clearly has some inherent advantages in terms of keeping pollution low, which it does - it has the smallest carbon footprint in the country, according to Daily Finance. However, even when considering its smallness, Vermont is an environmental allstar. It's government takes the environment seriously and has many policies that encourage responsible environmental stewardship, including emphasizing alternative energies and efficiency.