Diabetes-fighting Dieting And Exercise May Help Prevent Alzheimer's, Too 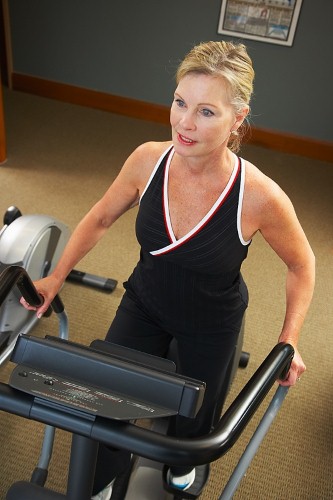 The dangers of all types of diabetes are quite well-known. Also widely understood are the dietary and behavioral practices that can, if upheld on a fairly regular basis, help noticeably reduce the likelihood of developing the serious non-communicable disease.

Due to a recent study, another reason to do your best to eliminate or at least reduce risk factors for diabetes has surfaced - the ailment has been connected to a much higher risk of developing Alzheimer's disease, in addition to other diseases under the umbrella of dementia.

The study covered a group of approximately 1,000 people in Japan, finding that pre-diabetes and diabetes both increased the likelihood of dementia and Alzheimer's. A total of 27 percent of those in the study who had diabetes ended up suffering from dementia, while only 20 percent of those without the condition developed any such mental illnesses.

To determine whether or not this issue affects you, assess your level of risk for type 2 diabetes, the most common form of the disease. Advanced age, a genetic predisposition to the condition, lack of physical activity and a deficiency in your ability to tolerate glucose are all notable risk factors for this strain of the illness.

Weight loss and exercise are among the most easy-to-adopt practices that can help reduce your chances of having diabetes.

At least 30 minutes of physical activity five days a week is recommended to reduce the risk of developing type 2 diabetes. As far as diet goes, be sure to avoid fried foods, sugary drinks, anything with an excess of saturated and trans fats, too much sodium, whole milk and products containing it, sweets and fatty salad dressings. Concentrating on whole grain foods, fruits and vegetables is the way to go.

How do you devise an exercise and dieting routine that works for you?