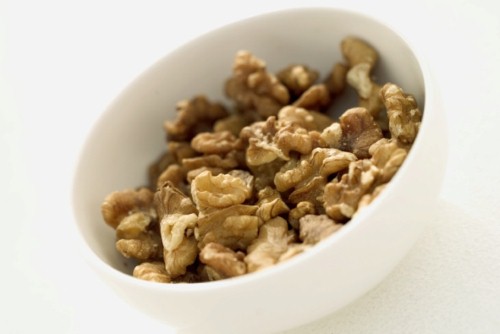 Although it isn't likely to beat "we all scream for ice cream" in the field of pure catchphrase-style catchiness, going nuts for walnuts might well end up having a much better purpose - reducing the risk of breast cancer. Scientists at Marshall University in Huntington, West Virginia, discovered this in the course of research conducted with the use of laboratory mice.

To be fair, the research can't be called definitive yet, as confirmed by the Marshall scientists behind the study. Its authors noted that it wasn't clear whether the cancer-fighting benefits came from what was added to the mice's diet or what was removed, since in this instance the mice's unhealthy fat intake was reduced to better the balance of total dietary fat.

However, previous analyses done at the University of California Davis have echoed the results of this study - in that case, walnuts were found to slow the growth of prostate tumors in mice. Additionally, numerous ingredients in the nuts, such as vitamin E and omega-3 fatty acids, have previously been associated with a whole host of health benefits, including the potential to reduce the risks of cancer.

The figures from the Marshall University study are more than a little bit persuasive. During the research period, some of the mice were fed an amount proportionate to two ounces for humans each day, and in those animals, breast cancer had less than half the prevalence it did in those who didn't have a walnut diet.

Elaine Hardman, who led the study, said that although further research was needed, the research itself was worthy of recognition.

"The results of this study indicate that increased consumption of walnuts could be part of a healthy diet and reduce risk for cancer in future generations," she said.