Is Coffee The Cure For The Blues In Women? 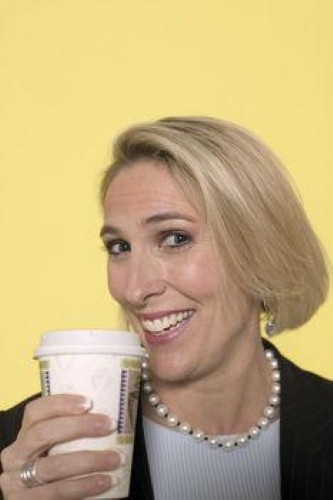 A lot of people often say that they can't live without their morning coffee. Exaggeration or not, these individuals usually act as if it's the absolute truth, and take their ground-and-boiled beans quite seriously, sometimes to a point that seems more than a little bit ridiculous.

Women who count themselves among the population of coffee devotees might not want to stop what they're doing, though, since it might be beneficial to their mental health. A new study published recently in the Archives of Internal Medicine found that women who drink coffee are significantly less likely to develop serious depression, with the reduction of risk dropping more as coffee intake increases, according to CNN.

Ladies who are decaf drinkers might express consternation about this, since the study's results only pertain to caffeinated coffee. All other female coffee drinkers will benefit from this, since the study examined a large group of women - over 50,000 aged 30 to 55 who were regularly asked to complete questionnaires regarding their health and their coffee intake. None were depressed when the study began, or had a family history of depression.

In the five years that followed, about 5 percent received medical treatment of some kind for depression. When compared to ladies who drank no coffee or very little of it, medium, light and dark roast enthusiasts alike were found to lower their depression risks by anywhere from 15 to 20 percent.

Of course, this doesn't mean women should ignore the mild side effects of excessive caffeine consumption. Nor does it in any way mean that coffee actually "prevents" depression in women or anyone else - the study's researchers have stressed this. What can be said is that coffee won't hurt you regardless of sex or any other factor, and it could end up being helpful for women - and there's nothing wrong with that.

Ladies, how serious are you about your morning coffee?