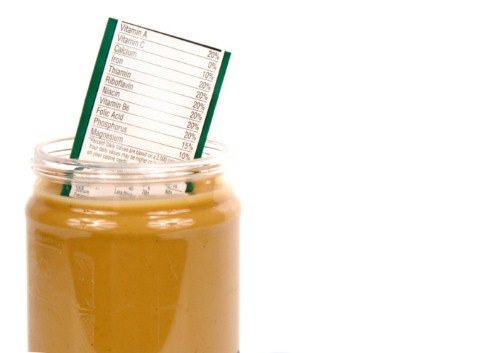 The nutritional aspects of the food we eat is a subject that carries a great deal of weight. Although it has always been focused on by many people, in recent years nutrition has been greatly emphasized, particularly in the U.S., where the Centers for Disease Control and Prevention (CDC) states that one-third of all adults and approximately 17 percent of all children are obese.

A simple way to keep track of what you're putting into your body when you eat and drink is to look - not glance - at the nutrition facts. However, a recent study conducted by researchers at the University of Minnesota found that a significant number of average consumers may not be looking at this information as closely or as often as they should.

According to the Atlantic, a total of 203 individuals were asked to look at 64 food products on a computer screen while the movements of their eyes were being carefully tracked.

When the nutrition facts panel was displayed, the study's participants were more likely to look at it closely when it showed up in the center of the screen, and less likely to look for an extended period of time if it appeared to the left or the right. This mirrored the way these labels are often placed - to either side of a food package rather than in the center.

While this may simply be an unfortunate side effect of standard food packaging procedures, you can't let this deter you from looking closely at what's going into your body - or your children's bodies. Remind yourself to perform this task in whatever way works best for you - write yourself post-it notes, set a reminder on your cellphone, and so on. Simply put, nutrition is too important to be allowed to fall by the wayside.

How often do you closely examine the nutrition facts labels on the foods you buy?