The Devils You Do And Don't Know In Various Artificial Sweeteners 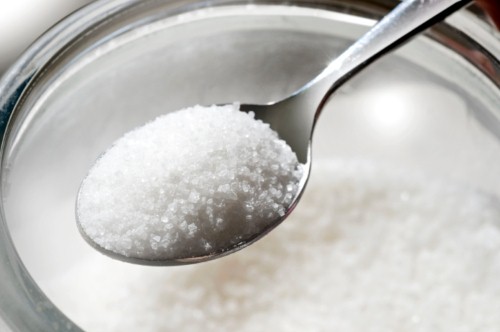 The desire to avoid consuming too much sugar is quite understandable. It's a known contributor to the development of tooth decay, diabetes and obesity. Minimizing your intake of sweets, soda and other sugar-saturated drinks is one of the best ways to make sure these problems don't arise.

It's equally understandable to want something sweet every once in a while, and if you're worried enough about the health hazards posed by sugar, you might want to try drinking a diet soda or using a packet of artificial sweetener in your morning coffee. However, before you reach for either of those items, consider the dangers involved with a number of these substitutes.

Let's get the bad ones out of the way first. Aspartame is the most dangerous, and although many of its potential hazards are now a matter of public record, it still remains in certain diet sweets. It has been associated with an increased risk for diabetes, headaches, and - if mixed with a few particular coloring substances - toxicity of the brain.

Agave nectar and Splenda aren't anything special either. The former is highly processed and may contain more fructose than high fructose corn syrup. The latter, meanwhile, is dangerous since it is processed with chlorine.

Alternatives to these non-sugar sweeteners include the plant-derived Stevia, raw honey and blackstrap molasses. Honey contains a great deal of antioxidants, while molasses are high in calories but also in iron, calcium and potassium. Stevia is the healthiest option, though many consider it an acquired taste.

If all of this is too much to worry about, you might want to stick with real sugar - and simply use less of it. In moderation, sugar isn't all that bad for you.

How much sugar do you usually consume each day?