What Is The Secret To Longevity? 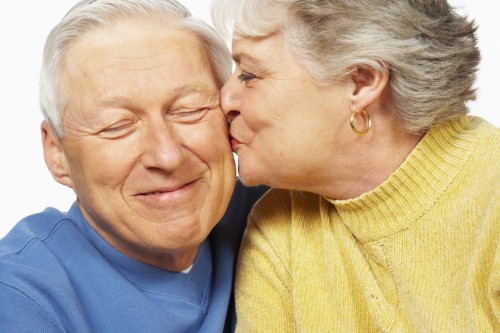 Have you ever watched the NBC Today Show and seen the daily birthday or anniversary announcements presented by Smucker's and Willard Scott? For those of you who have missed it, a few people or couples celebrating a milestone occasion - a 100th birthday or a 75th wedding anniversary -  are highlighted, and Scott typically asks those featured what the secret is to longevity. Most answer by saying something like laughing at yourself or having good friends. But what is really the secret to a long life and what can you do now to stay healthy for the next fifty plus years?

USA Today reports on a study first started by Stanford University that lasted 90 years and followed 1,528 people. One of the key findings in the project was the importance of being active while in your middle ages.

"It became really clear to us if your activities rise or stay high in middle age, you definitely stay healthier and live longer," says Leslie Martin, a research psychologist at University of California-Riverside, in a new book called The Longevity Project that analyzed the study.

However, the project found that staying active over a long period of time is much more effective than committing to a more rigorous plan and then quitting because either you don't like it or it is too challenging. For instance, it would likely be better to swim a few laps everyday or take the dogs for walks regularly than to go to an intense cycling class for a couple months until you burn out.

While being more active may seem obvious, some people have a hard time adopting the concept. If you are hoping to increase your longevity and overall good health, consider simply working toward being more active. Start by taking evening walks after dinner instead of watching television on the couch and eventually you should be able to find the activities that keep you moving, happy and hopefully living longer.