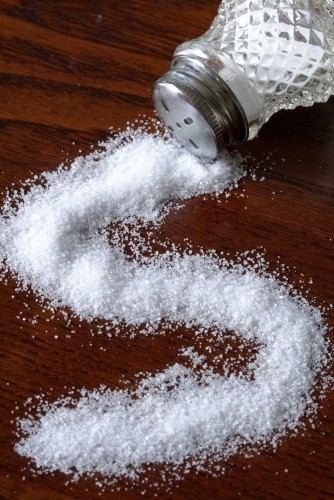 Sodium is a common ingredient in many food products. In moderation, it is generally safe. However, it is widely known that too much salt can lead to serious health risks.

The primary health hazard facilitated by eating too much salt is an increased risk of high blood presure, which in turn can promote the likelihood of heart disease and stroke. According to a report published in the Morbidity and Mortality Weekly Report (MMWR) circulated by the Centers for Disease Control and Prevention (CDC), residents of the U.S., on the whole, have a notable and alarming surplus of sodium in their diets.

This report confirmed the previously established standards of the 2010 Dietary Guidelines for Americans, which recommend a maximum daily sodium intake of less than 2,300 milligrams (mg). It also states that certain individuals should have even stricter limits of no more than 1,500 mg each day - particularly those 51 years and older and those with hypertension, diabetes or chronic kidney disease.

In all fairness, it's not always easy to limit sodium consumption. Many foods eaten in restaurants all over the U.S. have a great deal of the ingredient added to them in the preparation or processing stages, and the nutrition facts aren't provided unless you ask for them. Plenty of food manufacturers also include high levels of sodium in their products - canned soups as well as potato and tortilla chips are a few chief offenders.

The best way to adhere to the CDC's guidelines, if you're worried about your risk of heart disease or wish to be proactive before dangers become likely, is to carefully read food labels for the nutrition facts and ingredients lists. Also, ask for nutrition facts at restaurants whenever it's feasible to do so.

If you had to make a rough estimate, how much sodium would you say you consume on a daily basis?