Enjoy Some Oysters This Summer 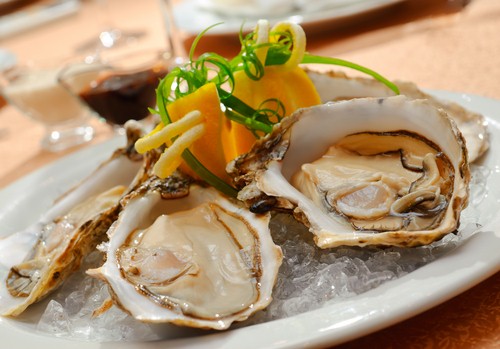 If you're looking for the perfect summer dish, look no further than the salty, sweet taste of oysters. While the oysters you eat are not to be confused with pearl oysters, the pearl of this treasured cuisine is the succulent meat inside. While oysters aren't for everyone, an adventurous eater will certainly be rewarded with its delicate texture and rich flavor.

According to National Geographic, humans have been eating raw and cooked oysters for thousands of years, despite their rough, rock-hard shell. The oyster belongs to the Ostreidae family and can be found all over the world's oceans, usually in shallow waters, notes the source. However, one of the most popular species is the Eastern American oyster, Crassostrea virginica, which is located in Atlantic waters from Canada to Argentina.

The Chesapeake Bay Program, a regional partnership that has directed the restoration of the Chesapeake Bay since 1983, states the eastern oyster typically grows between three and four inches and is a bivalve with rough, whitish shells. Furthermore, it lives in brackish and salty waters from 8 to 25 feet deep. You may also see these oysters listed on restaurant and fish market menus as American or Virginia oysters.

Oysters can be eaten throughout the year but were historically only consumed during the winter months. The Bay Program explains the rule of thumb used to be they were only eaten in months whose names contain an "R" because this means it was cold enough for them to not spoil without refrigeration. However, modern technology allows us to enjoy these salty delights throughout the year, and they have become particularly popular during the summer as a light tasting snack or meal.

There are many ways to eat a raw oyster on the half shell, but etiquette calls for you to always consume the oyster liquid, or the small pool of clear liquid in that remains in the shell after being shucked. For a pure tasting experience, eat as is, but if you're new to oysters, trying adding a few condiments such as cocktail or hot sauce, lemon or lime juice, horseradish or mignonette sauce. Bon appetit!