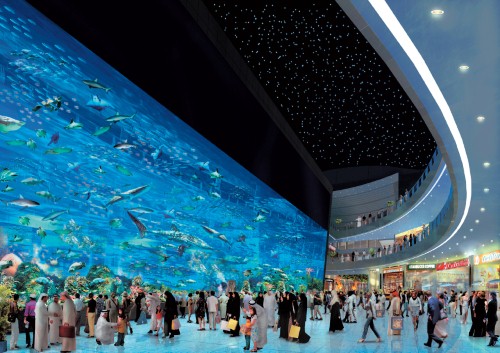 With schools letting out around the country, summer is a popular time for families to visit zoos, national parks and aquariums. It is the last of these that have changed the most substantially over the last few decades, and America now boasts some of the world's best examples. With playful dolphins, luminous fish and menacing sharks, the tanks of America's aquariums are filled with things sure to excite and educate visitors both young and old.

But which are the best? Here's a list of some of the biggest, most diverse and vibrant aquariums in the country.

Alongside the glistening Pacific ocean, this aquarium is known for its interactive exhibits and peculiar creatures. With animals native to the region - including giant Pacific octopuses - and an elegant design, this is surely among the best in the nation.

The attached Oceanarium and massive indoor mammal facility make this aquarium a lock for the list. The Chicago landmark also houses a Beluga whale and Grand Cayman blue iguanas and even crocodiles. Beautifully designed, the Shedd aquarium is one of the greatest aquarius not situated on an ocean coast.

Located in Newport, Oregon, this aquarium's most notable features is an exhibit called "Passages of the Deep," which takes visitors on a tour of the ocean's floor, populated by sharks rays and rockfish. Like the one in Monterey Bay, this aquarium specializes in creatures local to the region, such as the snowy plover - a small wader bird from Oregon's coast.

The last to make the list is also the largest and newest. Opened in 2005, this aquarium holds more than 8.1 million gallons of water and around 100,000 different animals, and is the largest in the world. Perhaps its defining feature is its collection of whale sharks - the only aquarium outside Asia to contain these serene creatures.