The History Of Pizza In America 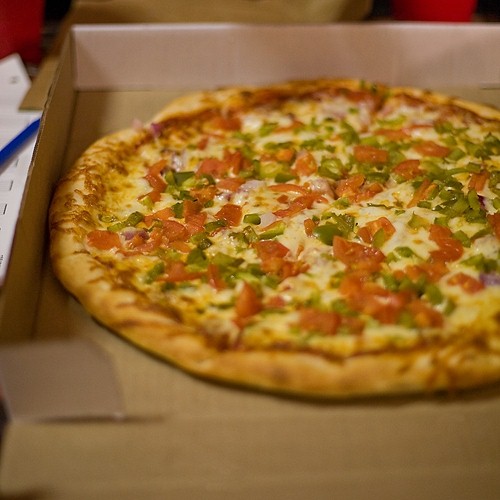 Although it has significant Italian origins, pizza is about as American as it comes. In fact, according to data from GrubHub, a popular food ordering service, pizza was determined to be the nation's most popular food.

It has been a part of the culture for the better part of a century, but pizza in America is still evolving. According to the survey, consumers are getting a little bolder with their topping choices. In addition to the historical favorites - cheese, pepperoni and sausage - Hawaiian (pineapple and ham) and Buffalo Chicken rounded out the top five.

What's the history of this gastronomic icon in America?

Originally known as Tomato Pie, the first American pizzas showed up in Italian bakeries in New York in the early 20th century. Unlike modern pizzas, these menu items were topped with cheese first, then toppings and, finally, the tomato sauce on top.

It wasn't until American soldiers stationed in Italy during World War II that many residents got a taste for pizza, however. When they came back stateside, the market grew substantially.

In fact, it was a returning soldier who first built the first gas-fired Bakers Pride pizza often to satisfy his - and others' - cravings.

In the next two decades, pizza truly took off. Family-owned restaurants and the first chains began sprouting up across the country. Different regions developed their own unique incarnations of the staple - New York had its long, thin slices and Chicago mastered the deep-dish style.

Once delivery started in earnest in the 1960s, pizza became what it is today. Pizza Hut, Little Caesar's and Domino's battled for supremacy of the market. Today, pizza can be found in all segments of the American population and crosses ethnic, religious and class lines.