Consider Limiting Your Baby Or Toddler's Exposure To The "idiot Box" 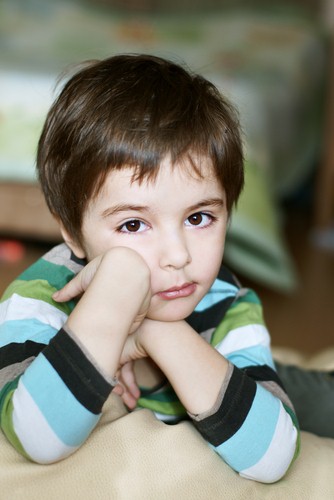 Although it's certainly not true in a general sense, there are a number of reasons why the television acquired the derisive nickname of the "idiot box." Its educational value, which does exist (seriously!), is too often eclipsed by its primary role, as a medium of entertainment.

However, the prevalence of television screens in modern society - many households have them in multiple rooms, and even in their cars - makes it easy for toddlers and babies who are 2 years old or younger to become entranced by the visuals they provide. Parents may, as a result, find it easy to condone this behavior, if the medium is at least providing some form of educational programming.

The most recent data provided by the American Academy of Pediatrics (AAP) may provide a rebuttal to parents who are proponents of allowing children 2 years of age and under to watch a significant amount of television each day, educational or otherwise. It states that not only do children lack the capacity to fully comprehend the content of an educational video or TV program, but that they may be better off engaging in completely relaxed and unstructured play activities.

Of course, the final decision regarding this matter is up to you as a parent. If your children are older than 2, the AAP states that youngsters that age are generally able to understand the general context of TV intended to teach them various skills - not to mention having a basic understanding of what a TV actually is and that it is not "real." When their minds are more impressionable, this may not be the case.

Finally, if your child shows signs of being withdrawn or shy, common sense dictates that leaving him in a room with a screen is not going to change this fact. Allow him to have as much exposure to other kids as possible, and encourage him to use his own imagination.

How much TV do you let your baby or toddler watch on a regular basis?