It Might Be True That Money Can't Buy Happiness And Love 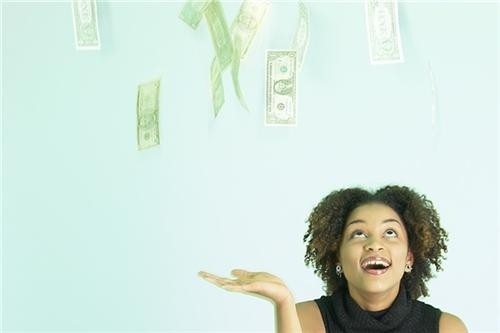 The phrase "money can't buy happiness" can be fairly characterized as a well-circulated cliche. Like all such phrases, it is loosely based in truth, yet it's too much of a blanket statement to be accepted as fact. However, some studies have found that this particular cliche may have more truth than other phrases of its kind. One such study was recently conducted by researchers at Brigham Young University, ABC news reports.

In all fairness to those who are skeptical of this idea, the very ideas of love and happiness, which are both abstract concepts, are inherently resistant to statistical quantification of any kind. However, when you think about this for a moment, it does make some sense. It's not so much that money can't buy happiness as it is that a single-minded focus on moneymaking and materialism can promote unhappiness.

The study focused on 1,700 married couples and gave them surveys related to how they viewed money and material possessions, and the state of their marital union. One out of every five couples surveyed admitted having feelings of intense materialism, while one in every seven stated that they felt exactly the opposite.

As you can imagine, those who claimed to value money and material goods highly were also more unhappy in their marriages and less communicative. Meanwhile, those who assigned little value to materialistic behavior were found to be 10 to 15 percent happier in all aspects of their marriage, the news source reports.

Granted, these people might not be representative of all humanity. Yet it does supply interesting food for thought. Consider how you feel about your job - are you in it solely for the money or because it is fulfilling? Also consider where the money you make is going. If you feel that you're valuing money over other concerns, like your family's well-being and your own, you might want to consider some lifestyle changes.

How do you view the role of money and material possessions in your life?